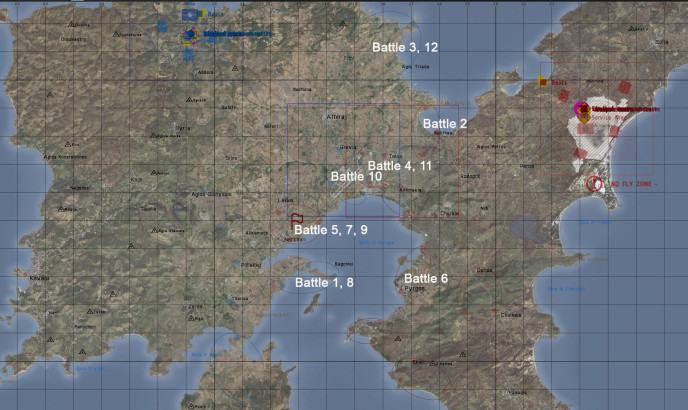 The situation in Altis at the end of the Campaign

WINNER OF THE CAMPAIGN: REDFOR
THE REDFOR SIDE CONQUERED THE BLUFOR AREA OF NEOCHORI

The ATC #6 Campaign lasted 12 battles, from July 12th, 2015 to October 18th, 2015. It involved 110 players, 55 for side (and sometimes a bit more). Around 20 Clans, Groups or Communities were involved, and many of them were involved for large part of the campaign, namely (in alphabetical order):

See you all in the next edition!