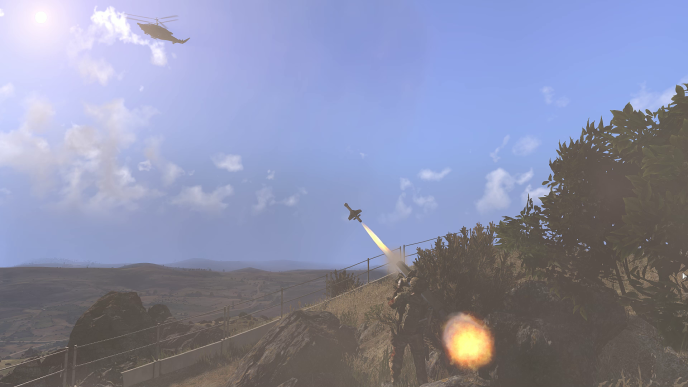 2020
At the peak of the Greek economic, political and institutional crisis, some Greek provinces claimed independence from the rest of the country taking up arms. In the North Aegean region, near the Turkish coast, the island of Lemnos proclaimed its independence and the birth of the Republic of Altis, autonomous from both the Hellenic Republic and the European Union. Greece and EU did not recognize the Republic of Altis and asked the help of NATO to suppress the rebellion. As a response the new Republic strengthened its relationships with Iran and the other CSAT countries, which influence reached the nearby turkish coasts.

2021
One year later the Republic of Altis is ravaged by civil war. NATO deployed its forces on the island. Former and defected members of the Altis Armed Forces joined together with other opposition movements to remove the CSAT-backed Altis government and all external influences aiming to reunify the island with the motherland. Altis is de facto divided into two halves, under NATO and CSAT influence, respectively.
There is no more time for diplomacy… 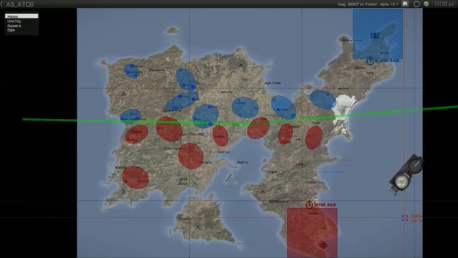 Features: (provisional, to be updated), for details see here

HALO: limited to the Special Forces in the first 10 min of the game
VEHICLE LIFT
REPAIR-REFUEL
THERMAL VIEW DISABLED (besides attack eli)
WEAPON RESTING & BIPODS
MEDICAL VEHICLE: it functions as a mobile respawn, but cannot be positioned in the operational area.
5 MINUTES DEPLOYMENT TIME: all vehicles are blocked in the first 5 min. Only Special Forces can move.
UAV: can be operated by the Commander through the terminal. The UAV is unarmed and has not the thermal and night vision.
BASE PROTECTION