After conquering Pusta and Prigorodki, the REDFOR force decided to change their plan and move to the far region of Vybor. Hearing BLUFOR personnell from the outpost on Pik Kozlova, REDFOR units are removing their units from that region and are starting a new route to North. Sgt.Maj Danny Colbert from USMC Bravo Company informed us that the BLUFOR are prepairing any countermeasure to avoid REDFOR advancing in the territory, and the BLUFOR reply will be fast and powerful. 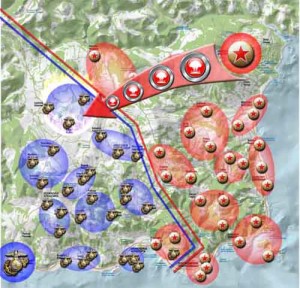 After securing all sectors in the region of Garmsar, the Blufor coalition maintains the strategic initiative. The next region to attack is Zavarak, in the […]