At the peak of the Greek economic, political and institutional crisis, some Greek provinces claimed independence from the rest of the country taking up arms. In the North Aegean region, near the Turkish coast, the island of Lemnos proclaimed its independence and the birth of the Republic of Altis, autonomous from both the Hellenic Republic and the European Union. Greece and EU did not recognize the Republic of Altis and asked the help of NATO to suppress the rebellion. As a response the new Republic strengthened its relationships with Iran and the other CSAT countries, which influence reached the nearby turkish coasts.

2021
One year later the Republic of Altis is ravaged by civil war. NATO deployed its forces on the island. Former and defected members of the Altis Armed Forces joined together with other opposition movements to remove the CSAT-backed Altis government and all external influences aiming to reunify the island with the motherland. Altis is de facto divided into two halves, under NATO and CSAT influence, respectively.
There is no more time for diplomacy… 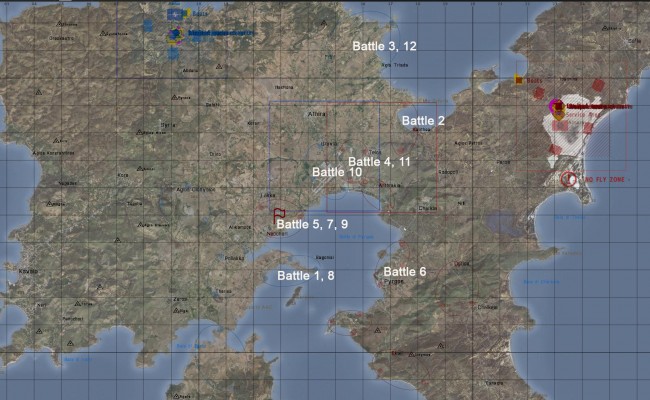 What is ATC about? ATC is a combined forces TvT campaign that simulates operations between two opposite companies consisting of […]