NATO forces will deploy on a series of training exercises in the Celle Region this year. The plans, which mark a shift from previous training policies, were confirmed today. The exercises take place following the success of previous, small-scale, training deployments.

The first of such exercises, largely involving British Armed Forces, took place in the period following the conclusion of Chernarus operations last year.

“Celle provides the perfect opportunity for realistic training, as we are able to deploy with elements of the Royal Artillery and Royal Engineers, giving us even more realistic training for Operations – and War”, Major Scott said.

According to the spokesman, it is intended that the number and the scope of similar trainings will increase in the future. 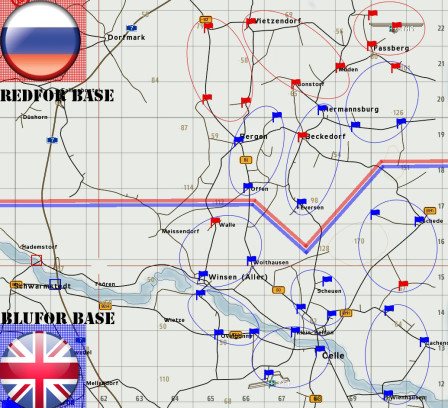 The final situation after the tenth battle

What is ATC about? ATC is a combined forces TvT campaign that simulates operations between two opposite companies consisting of […]