The fourth battle of the ATC5 campaign was fought in the region of Beckedorf on Jan. 23rd. It was an intense battle, fought from the beginning to the end. Early in the battle the Blufor with a massive attack conquer the sector of Eversen, then most fightings were in the sectors of Hermannsburg. At the end, the Blufor manage to break the Redfor resistance and conquer Hermansburg. The victory is for West side. Sectors A and C are in blue hands, while sector B remains red. In the next battle the Blufor will continue the attack. The battle will take place in the eastern region of Lutterloh on Jan. 30th. 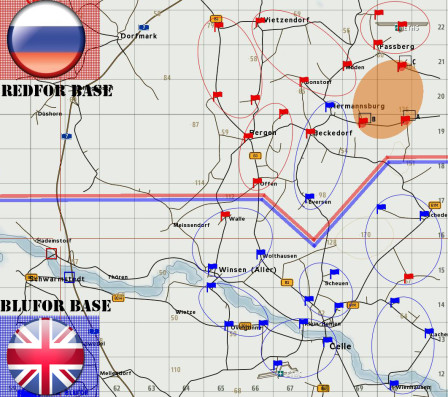 Here the theatre of the next battle

THE THIRD BATTLE OF GARMSAR

The Redfor will attack the sectors of […]

I'm pleased to announce the ATC4 Campaign twelfth battle, that will take place on April 11th at 19.30 GMT. The Blufor will be attacking the […]