After the crisis of Chernarus which ended in the spring of 2009, elections were held in the following autumn and saw the triumph of the moderate pro Soviet wing. Immediately accusations of electoral fraud plunged the province again into chaos  and a considerable amount of weapons  once again emerged from the secret stores of extremist militias (NAPA / Chedaki).
In an attempt to bring within its political orbit this  important region,  the United States ordered its forces stationed in the region to invade it again, but Russia, strengthened by the results of the elections and determined to keep control of the area did the same,  for not to repeat the mistake of a few months earlier.
So far, the regular armies of the United States and Russia have never clashed in the battlefield, but they are now about to come into contact after the initial American advance that easily swept the reconstituted Chedaki militia. 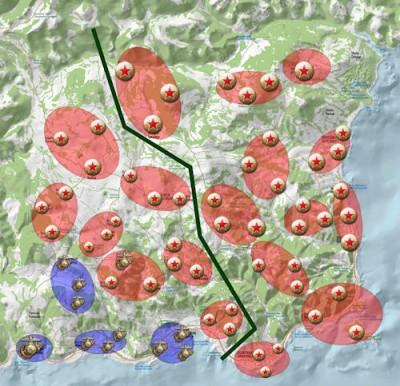